You are here: Home / Blog / The Days of Government Jobs for the Team are Gone

In times long passed, history and folk lore say that government jobs used to be almost certainly be given to a government employee, probably in the team.

Government Jobs – A Long Time Ago

MERIT was known in some places as an acronym for Mates Elevated Regardless of Intelligence or Training.

In 2021 I can say from where I sit, I see more potential for nepotism in private industry any day of the week, than there is in Government.

Trump, Murdoch, Packer are family companies.  Not judging anyone or anything by saying that. Point is in no public service could the next CEO just be the son/daughter of the current CEO; however capable or well they know the organisation and its business.  Private businesses have that right; public services do not.

The business context in government is not just the scrutiny that recruitment decisions are under. I’ll cover that shortly, but there are business imperatives too.

Every selection process for government jobs commences by each member of the selection panel reviewing the applicant list (not the applications themselves) and completing a declaration about any conflict of interest or prior knowledge, either employment and/or personal.

The person making the conflict of interest declaration(s) signs it/them. The other panel members sign the declarations to confirm they were made. They get retained along with the selection documentation as official records of the process. 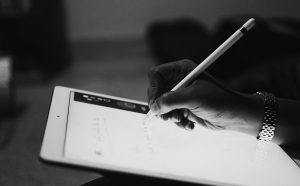 When numerous people from a team or area applying for one job the need for transparency is greater. They will draw the independent person from another department or agency in those situations.

The other members of the selection panel usually do not know the independent person. 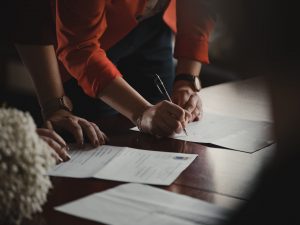 These people all review the documentation, and, sign it satisfied and accountable that the decision is proper, appropriate and will withstand review.

Each state and the federal government has a review processes. That process allows a dissatisfied applicant to have a decision reviewed in minute detail. Some samples include:

Those processes can review decisions themselves. Review findings can be adverse and in those cases there can be consequences for staff under the in place public service act, code of conduct, and other HR directives.

Team members have applied for roles in teams and not got either the job (or even an interview) in several processes I have been involved in. I discuss this in the how to apply for a job where you work blog.

If someone approached me and tried to influence me, I would immediately excuse myself from the panel, and, make a report. Quite simply, it is not worth my job, my reputation, my future for someone else’s agenda. I am not alone in that thought either.

Governments are under increasing pressure to deliver services and customer outcomes with less money. This is especially in a COVID and post COVID world. On the surface they may seem slow and unresponsive, often making the front paper of the proverbial paper. The day to day reality is the imperative and pressure to deliver are as real as any private company, and, the task is often massively complex. Delivering social policy objectives – where the needs of everyone, not just the market segment most economically able to produce a profit – are your customer makes this harder. I talk about social policy delivery more in “The Differences Services and Government (public service)” in the Translating Your Service Experience Into Civilian Speak course. 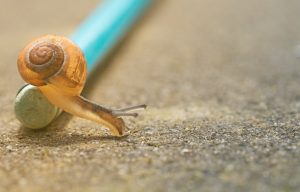 The other irony about government seeming cumbersome and process driven are the review mechanisms I’ve listed above. Being accountable, transparent and offering review processes requires time and effort to creating records and documenting processes properly. A review of a process can take weeks or months which does slow things down.

The flip side of that looks like this. Do you know someone who had their Twitter or Instagram or Facebook account restricted or deleted without notice? Has a private social media company ever unfairly banned or warned you? Have you then tried to seek a fair hearing or a review or to make your case? Could you get one? Probably not because they generally do not offer them, and when they do the review mechanism is usually the same one (people or process including AI) who made the decision in the first place!  It is a complete opposite of a government and yes, it is often significantly unfair.

The sweet spot probably lies somewhere between those and arguably the government is erring on the side of too much paperwork and process, but, when you do try to seek a fair hearing, you’ll be glad those processes exist.

Keep up with the latest news from Criterial with our newsletter. Sign up with your email address to receive updates.

Richard is a senior government manager who has been recruiting for 20 years. I've read thousands of applications, and learned a thing or two while doing it. You get all that experience here.